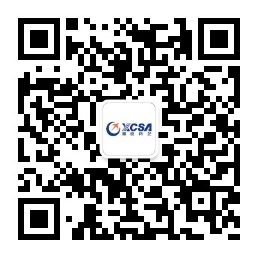 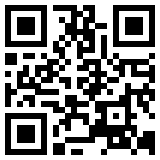 Liling kiln, the site of the discovery of the Northern Song Dynasty in Liling, Hunan Province

Changsha, Oct. 10, Xinhua (reporter Xie Ying) after two months of excavation, more than 2000 pieces of porcelain have been unearthed in the kilns of tangjiaao village, Liling City, in the east of Hunan Province. According to the preliminary judgment of experts, Machong kiln in the kiln group was a folk kiln in the Northern Song Dynasty, which pushed forward the history of Liling kiln, a famous production place of Chinese porcelain, for 680 years.

The kiln site is located in tangjiaao village, Fenglin city. At the beginning of August, Hunan Provincial Institute of cultural relics and Archaeology began to carry out rescue excavation in order to cooperate with the construction of Liuli expressway. Reporters at the scene saw that the excavation area of the kiln site group reached 5000 square meters, with a large scale. The Longyao built on the mountain occupied several mountain tops in the village.
According to Hu Jianjun, the archaeology leader of Liuli Expressway and deputy researcher of Hunan Provincial Institute of cultural relics and archaeology, there are three kilns found in the kiln site group, among which the excavation of Machong kiln is near the end. Machong kiln is only 2.2 meters wide at the head, 3 meters wide at the end and 34 meters long. It is not large in scale, but its regular structure is exquisitely designed.
"The kilns previously discovered were all directly built on the fourth century's reticulated soil, but the walls of Machong kiln are made of brick and stone, which has better sealing and heat preservation. This is also the first brick kiln found in Hunan. " Hu said.
Archaeologists found that the production process of Machong kiln is very fine. "A large number of fire photos, also known as" test pieces ", have been found in the kiln. They are put into the kiln together with the porcelain for burning. The kiln workers can check out the fire photos at any time, and judge whether the porcelain is fired in place according to the color and firing conditions of the fire photos." Hu said. In addition, experts also found that the waste products of Machong kiln, which has been firing for 300 years, are very few. "It is precisely because of the strict quality inspection mechanism that greatly reduces the firing failure rate of porcelain."
The exquisite porcelain unearthed from the kiln site also amazed archaeologists. It is not only rich in pots, cups, water utensils, bowls, bowls, and lamps, but also has complete technology. It can be roughly divided into three categories: local porcelain series, Jingdezhen blue and white porcelain series, and Jizhou kiln porcelain series in Jiangxi Province.
The reporter saw that the animals on the straw yellow melon ridge pot imitated from Changsha copper official kiln were lifelike, the technology of cloud and thunder cup imitated from Shang Dynasty was meticulous, and the porcelain depicting the portraits of ethnic minorities was exquisite. "Judging from the scale and products of the kilns, this should be the famous folk kilns in those days." Hu said.
Now, the excavation of Liling kiln site is still in a tense process, and restoration experts have begun to repair the cultural relics on site. "With the further excavation of the cultural relics of the kilns, we will have a more in-depth study on the history of Liling kilns." Hu said.
Liling City, Hunan Province enjoys the reputation of "porcelain city". With a history of 2000 years, it is the world-famous origin of underglaze multicolored porcelain.
Previous article:
Low carbon wind from ceramic raw materials in the 24th Ceramics Exhibition
Liling World Expo China Museum
Next article: